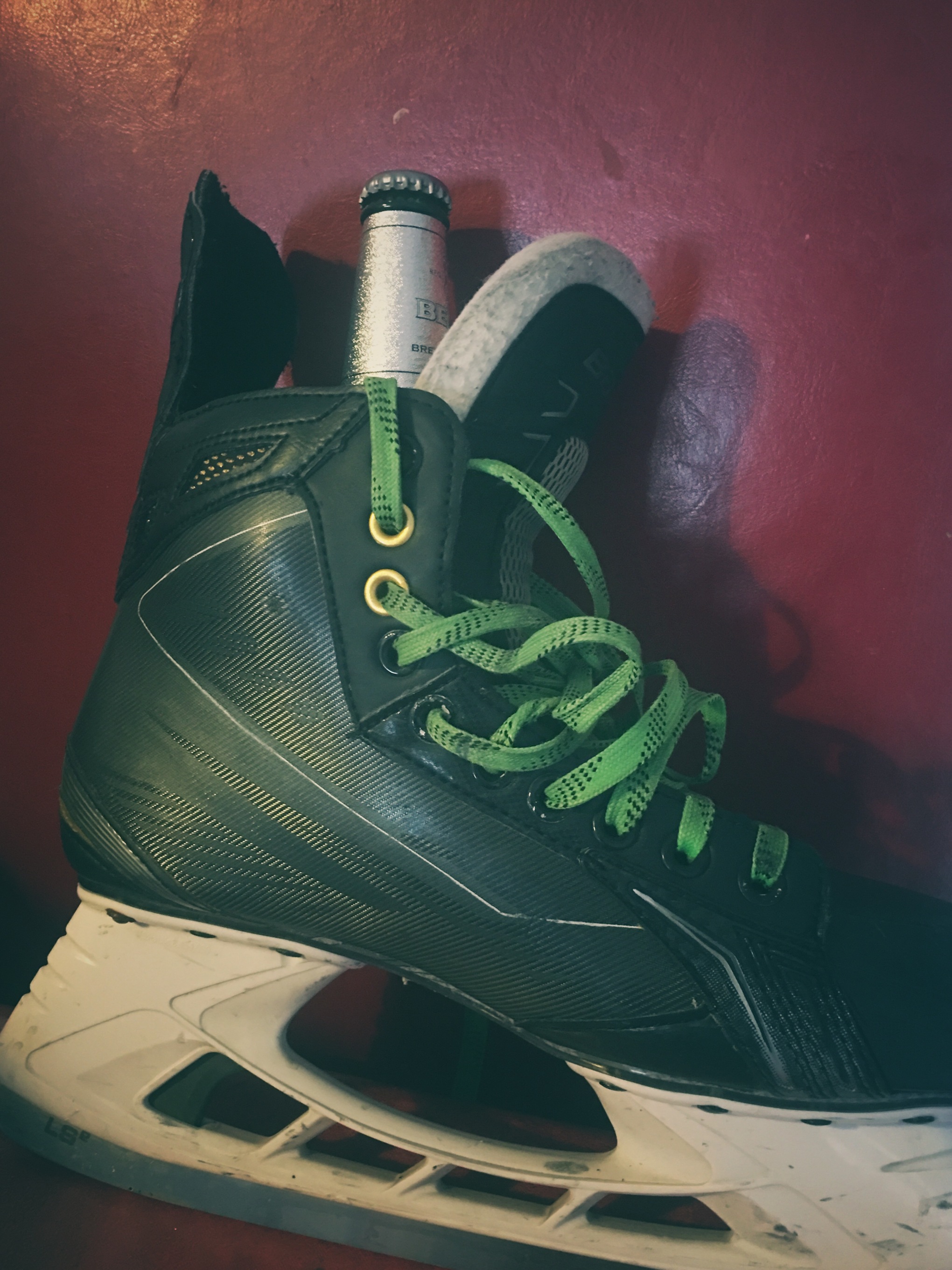 My Dad is back at Hockey. After being ill for about 4 weeks. It has drove him mad that he has been unable play and he has still come to watch my matches. But now he is back with a better body shape aso he is lighter and more of a drive than ever.
In the scrimmage he even took the puck off me and then dangled it past me round the back of the net. He trys to play in different positions so that various skills improve and he has playing as a forward on the Falcons drills before he was sick. It was brilliant to have him back. I missed him being there we build each other up during training and I perform better showing him what I can do. Im also really proud of him, he has come on so much as a player and I prefer having him as my defensive partner over alot of others.
I have unfortunatly not shared his confidence with offensive play. I seem to get a nose bleed each time I cross over the blue line into the opponents zone. my shot and shooting sense is really coming on however and I have improved tenfold in the last few months. It is a factor of my game that I will be looking at in the next couple of months. It is a part of the game that doesnt come naturally to me and therefore something I need to enhance.
I find that when your team plays a match you can play faster and harder against teams who are faster and stronger. Playing up has been a natural phenomenon I have experienced all my time on the puck. Consequently the same is true for the reverse. As such I find I play a lot faster on Falcons training. I prefer the speed. So much so I find it more difficult to stop a slower opponent. What I need is to remain consistant.
In other news its trade time at the NHL and as such Colorado has traded Jarome Ignila to ? At a time when the team is struggling it is a shame to see such a gifted talent leave. Personally I have been a fan of Ignila since he joined the NHL and was excited when he joined the Avs. I will be sad to see him go.
My daughter Freya has begun her journey starting her first lot of lessons. I was so proud of her because she seemed to pick it up so fast. It makes a difference with someone other than her dad showing her. She is a lot more responsive. The best thing for me to see is that she genuinely loves to skate.
Finally I spoke to my brother. I told him that I was excited for the match up between his team and mine. It was 3 months away and we were discussing how both our teams took the league seriously. I was excited for us to both be on the ice at the same time. That was when he said. Well don’t expect to play it’s a pretty high level.

Now he was joking. But it still sparked something inside me.
I had got on the team. I had played a match for the team. This was not to mean I should sit back job done. I wasn’t guaranteed to play all or any of the matches. I had to remember that getting on the team was just the beginning of the journey.
He may have been joking but he actually gave me the spark I needed to move onto the next stage of my game. I would make sure I was match ready and I had 3 months to get up to that next level.